The Iditarod sled dog race begins today. Mushers and their dogs will spend the next week or so trying to cross a thousand miles of the Alaska wilderness. But as Alaska Public Media’s Zachariah Hughes reports, this year, the iconic event is mired in scandal.

ZACHARIAH HUGHES, BYLINE: Every March, the streets of downtown Anchorage fill with hundreds of sled dogs and mushing fans outfitted in their finest furs. Then competitors set out on the grueling journey over snowy mountains, icy rivers and frozen tundra toward the tiny town of Nome on the Bering Sea coast. But this year’s race is extra challenging as multiple controversies have crashed down all at once, even driving one of its stars to post a 17-minute video on YouTube.

HUGHES: Dallas Seavey is a mushing wunderkind, having won the race four times before age 30. But since last fall, he’s been embroiled in the sport’s first high-profile doping scandal after it came out that some of his dogs tested positive for a banned painkiller at the end of last year’s race. Seavey vigorously denies that he drugged his team and has faulted the Iditarod’s board of directors for mishandling the investigation and hurting his reputation in the process. He pulled out of this year’s race, hired a public relations firm and has aggressively defended his record in the press.

SEAVEY: I believe this was given to my dogs maliciously as – that’s one of the options. I think that’s the most likely option.

HUGHES: The theory that a saboteur drugged Seavey’s dogs is widely accepted among Alaska’s mushers. Some believe it could’ve been a mistake. Some think it might’ve been a competitor. And others point to animal rights activists who have done more in recent years to take down the Iditarod’s public image. Colleen O’Brien is vice president of communications for PETA – People for the Ethical Treatment of Animals. She says they are leaning harder than ever on corporate sponsors to drop their support for the event.

COLLEEN O’BRIEN: One of the biggest lies that the Iditarod community has tried to sell the public is that these dogs aren’t like the dogs we share our homes with. And it’s not true.

HUGHES: PETA claims that sponsor flight is taking a toll on the Iditarod’s financial health. And for the first time ever, they’re sending protesters to Alaska for this year’s race. On top of all of that, last month, a prominent group of Iditarod veterans demanded that the president of the board of directors resign immediately, saying his mismanagement and conflicts of interest are jeopardizing the whole sport. The demand came on the heels of a confidential report that leaked to the press that said a lot of the same things. Many are pining for the old days when the Iditarod was more like a weekslong wilderness adventure than a race. Stan Hooley, Iditarod CEO, sympathizes.

STAN HOOLEY: There’s a big part of me that feels that way, too. Unfortunately, I’m in the business and in the role of working to grow this race.

HUGHES: Some people say that means it’s not as fun, that the race doesn’t resemble the statewide celebration it used to be. But others say the global audience and more corporate money that it’s drawn will carry the Iditarod into the future. For NPR News, I’m Zachariah Hughes in Anchorage.

(SOUNDBITE OF POOLSIDE’S “TAKE ME THERE”)

SIMON: If you’d like to hear more on the Iditarod…

SIMON: Down, King. Down, boy. You can find Alaska Public Media’s podcast, Iditapod. They take you out on the trail and…

SIMON: …Inside the race.

(SOUNDBITE OF POOLSIDE’S “TAKE ME THERE”) 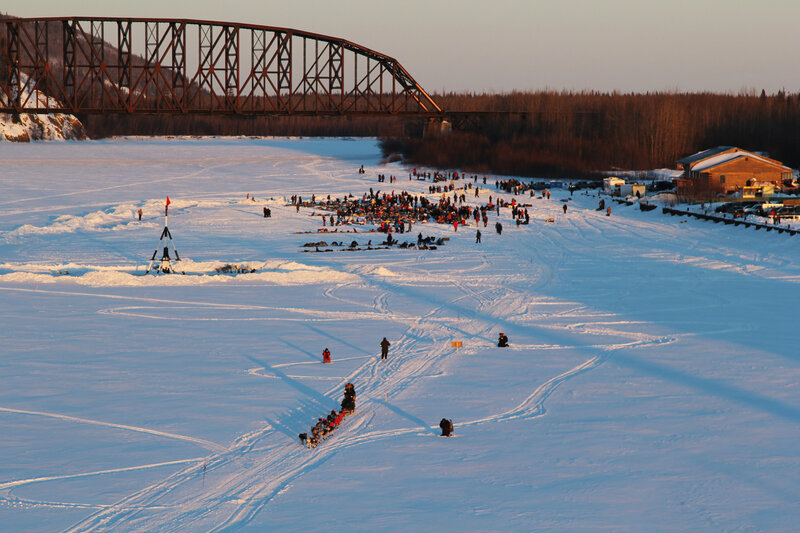 The Routledge Handbook of Consciousness